Talking about race can be uncomfortable — particularly at work. But many employees want to take action and might not know where to start. Here’s how NTT DATA found a way to help. 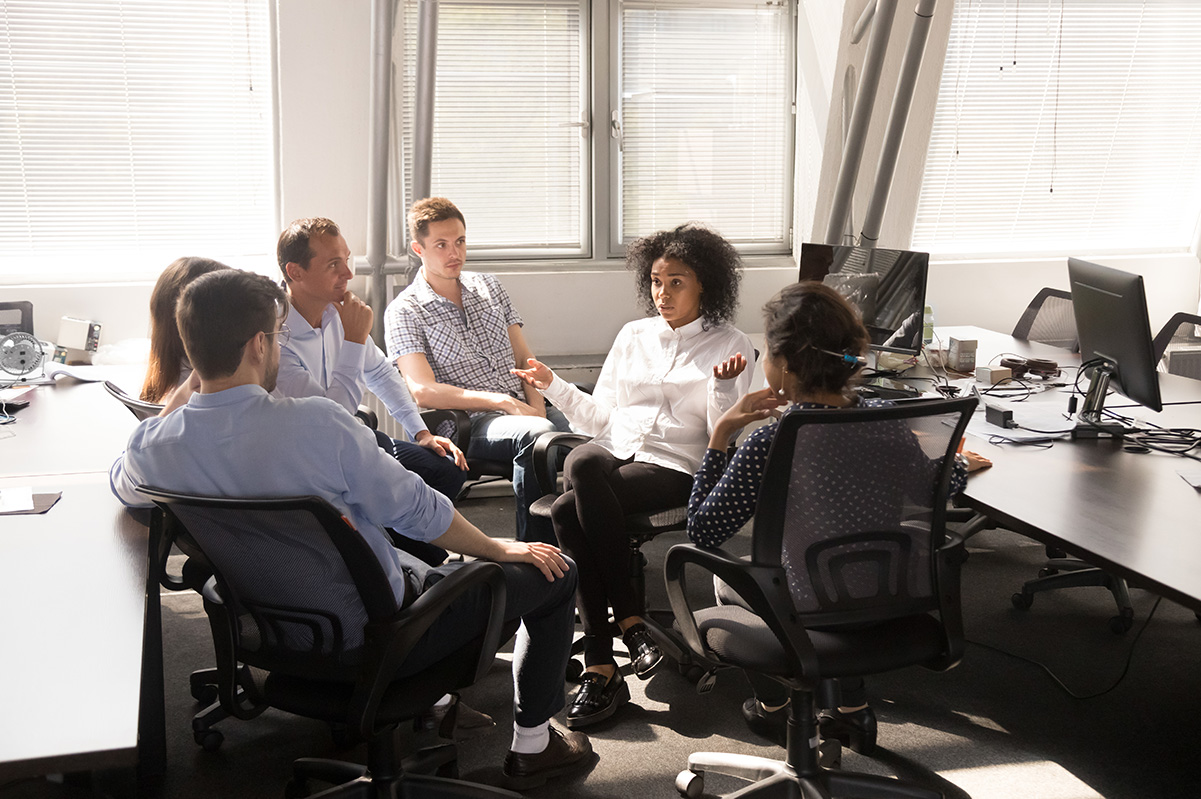 The entrenched injustice of racism and violence against Black people was thrust into public view once again after the senseless killing of George Floyd. It was a call to action for everyone, and for NTT DATA, it brought even greater focus on addressing racial inequality and injustice.

The tragic event intensified and accelerated the company’s ongoing efforts to increase diversity within the company, and it also brought employees together to work toward positive change.

Problem: employees want to help but might not know where to start

In communications with employees, CEO Bob Pryor emphasized and repeated NTT DATA’s commitment to foster a trusting environment to have complex and sometimes difficult conversations about diversity and inclusion. Talking about race can be uncomfortable, but it’s necessary to move past bias, unconscious or not.

The CEO, leadership team and members the company’s THRIVE Employee Resource Group (ERG), which supports and advocates for Black employees, got together to discuss a wide range of near- and long-term potential actions and initiatives.

One immediate action the company took was to create an internal web portal, built with guidance and input from members of the THRIVE ERG, called “Talking About Race.” The site includes informative articles, unconscious bias training, an invitation to join THRIVE, the company’s Code of Conduct, resources to have healthy conversations about race and ways to get involved and make a positive difference.

The site is also updated regularly to stay relevant and timely. It has since expanded, for example, to include information about Asian hate crimes.

Among the broadly positive feedback the site has received since its launch, employees have consistently praised the convenient and helpful set of resources. “I take heart and have challenged myself to remain active beyond the ‘fad’ days of the movement,” wrote one employee. Another added, “Seeing that NTT recognizes and cares…it means so much. Thank you!”

The site had the secondary effect of helping raise awareness of NTT DATA’s ongoing commitment to drive diversity and inclusion within the company, as well as clarifying the leadership team’s stance.

Making progress against racism and injustice “begins with our daily actions to create a workplace where all team members know they are valued, respected and welcome,” said CEO Bob Pryor, “and that everyone is empowered to thrive in our company, our communities and at large.” By making those daily actions easier for employees, NTT DATA is multiplying its collective, positive impact.