As Intel aims to increase the number of women in senior leadership and technical roles this decade, a look at its programs to support women inside and outside the company. One such community, the Women at Intel (WIN) Network, celebrates its 25th anniversary in 2021.

Intel has been taking meaningful steps to support the advancement and retention of women for decades. Intel’s purpose as a company — to create world-changing technology that enriches the lives of every person on earth — is underpinned by its cultural value of inclusion. The company’s stated ambition to be the most inclusive company in the world cannot be accomplished without a focus on supporting female employees. One standout and long-running program is the Women at Intel (WIN) Community, a network with a strong commitment to empowering the next generation of the female tech workforce. 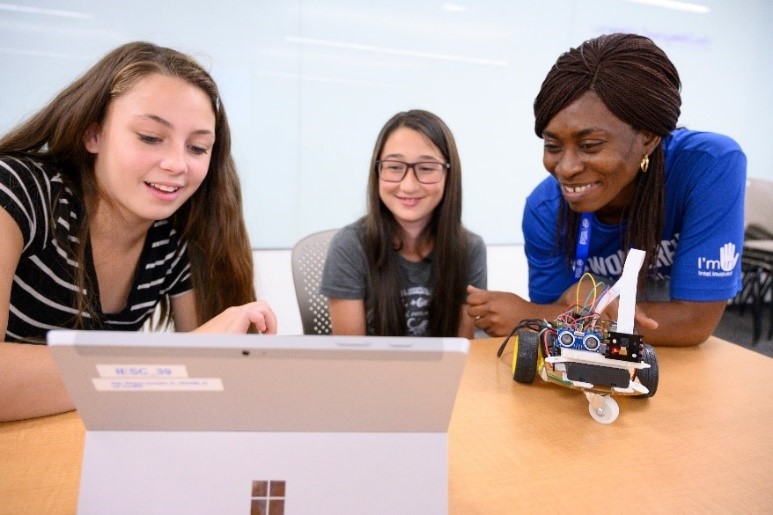 In 2021, the Women at Intel Network (WIN) will celebrate its 25th anniversary. Today, the community connects over 7,500 members at 88 different locations spread around Intel’s global operations. “Being a part of WIN over the last decade has been a catalyst for amazing things in my career,” says Shelly Lafree, WIN’s Cross-Site Chair and longtime member. “My network has increased exponentially, as the work we do within WIN spans all business groups and campuses at Intel. WIN has connected me to amazing people and leaders across the company who I’ve leveraged as references for key roles — as well as coaches when I was in need of support.”

Intel’s commitment to women doesn’t just cover its current workforce. The company has several programs in place that work to build the global pipeline of young girls pursuing careers in STEM, empowering them through technology skills and hands-on experiences. For instance: 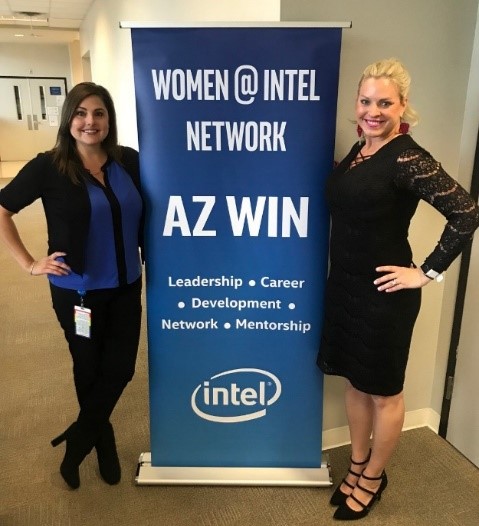 The future is bright for Intel’s work to empower women — both inside and outside of the company. As part of its 2030 corporate responsibility goals, Intel has committed to doubling the number of women and underrepresented minorities in senior leadership roles, in addition to reaching 40% representation of women in technical roles by the end of the decade. A diverse workforce and inclusive culture are key to Intel’s evolution and its ability to continue to attract the best talent to join the company for decades to come.